Types of fins and fish swimming

The fins of bony fish are appendages made of protruding bone spines joined together by thin skin. 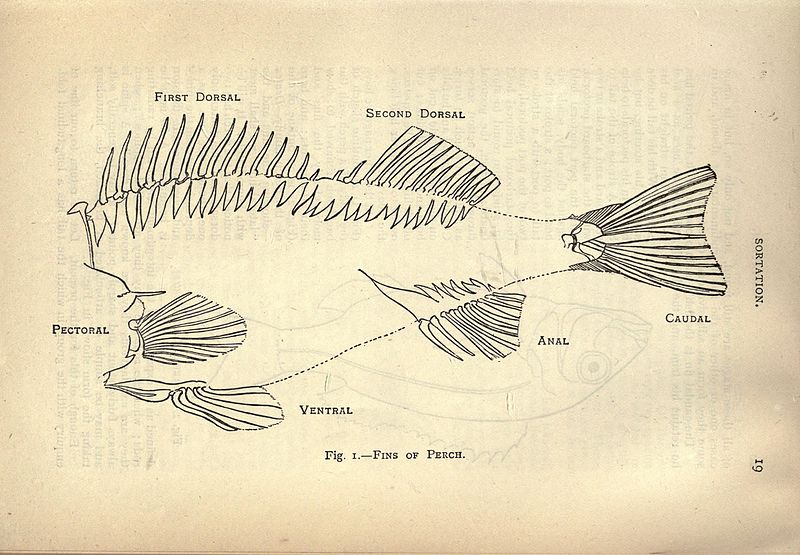 From: Our country’s fishes and how to know them: a guide to all the fishes of Great Britain / by W.J. Gordon with every species illustrated in colour, and many sketches in outline by A. Lambert (1902) – Biodiversity Heritage Library.

Many varieties of goldfish are characterized in particular by the absence of one or more fins: for example, the Ranchu and the lion heads don’t have a dorsal fin.

Next page: sensory systems in fish »