Which tank for your goldfish?

To get started in goldfish keeping, it is important to choose an aquarium with the right volume of water.


Small tanks or goldfish bowls are usually troublesome and the most common cause of failure for beginners. Contrary to a common myth, goldfish bowls or mini-aquariums are not suitable for goldfish.

Here are a few reasons as to why: 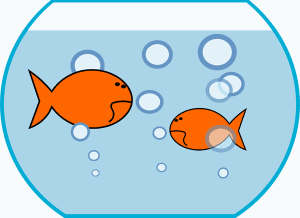 Good living conditions for your goldfish 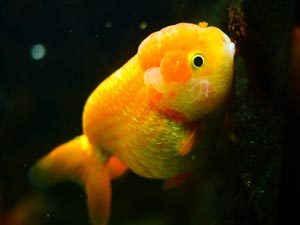 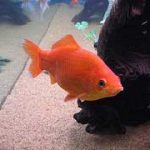 The 50-75 liters (approximately 14-20 US gallons) per fish “rule” is a bit simplistic because it does not take into account the weight of the fish and therefore the total amount of waste produced  (the larger the fish, the more waste they produce). Therefore, one would not imagine giving only 50 liters of water (approximately 14 US gallons) to a very large fish weighing 250 grams! In short, large goldfish types will naturally need much more water and swimming space to stay healthy, up to 100 to 200 liters of water (approximately 26-52 US gallons) per fish, depending on the type.

Goldfish sold in pet shops are often very young. Since goldfish grow rapidly, one should use the average adult size of the fish, with some margin if possible. Buying a tank that is too small is a false economy if you have to change it a few months later.

Warning!
An important point is the tank weight: a 120-liter aquarium (31 Us gallons) weighs about 200kg (glass, water, sand, decor, stones). Make sure that your floor can support the total weight. If you are considering purchasing a very large tank, make sure your home insurance covers water damage!


The word aquarium comes from the Latin aqua which means water with the suffix -rium- which means place or structure.

Unlike the word vivarium, which dates back to ancient Rome, the term aquarium came about more recently, in the mid-19th century, introduced by two Brits, Robert Warington and Philip Henry Gosse. They invented the term aquarium (Latin scientific, 1854) in their original publications on the subject to mean an aquatic vivarium.