How to feed your goldfish?

Home›Goldfish›How to feed your goldfish?

What should I feed my pet goldfish?


Goldfish are omivorous: they eat both plant and animal matter. Variety is key: a healthy diet should include dry food, veggies and frozen food.

How do you feed your goldfish?

Flakes or pellets are the staple diet for goldfish in aquariums. Sink the flakes rather than letting them float on the surface. This stimulates goldfish, whose favorite activity is to search the gravel. It also prevents fish from trapping air on the surface (can cause swim bladder disorders in egg-shaped goldfish). Alternatively, distribute sinking pellets or granules, e. g. Tetra Gold Japan or Saki Hikari Fancy Goldfish. 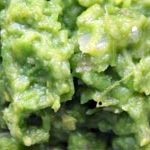 Alternate from time to time with fresh veggies, for example 3 or 4 times a week. For example, boiled and crushed peas without the shell (frozen or fresh but not canned, as cans contain additives and salt). Also high on the list: small pieces of zucchini (courgette); peeled cucumber; lightly steamed lettuce or spinach; steamed kale and broccoli. You can also attach a steamed lettuce or spinach leaf on a veggie clip, and leave it for a few hours: this will stimulate your goldfish busy! 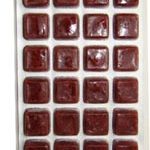 About twice a week, feed your goldfish with frozen food: brine shrimps, bloodworms, artemia or daphnia (can be purchased in pet shops). Count 1 cube for 2 or 3 fish (depending on the size of the fish). Thaw each cube in a skimmer / strainer before distribution.

How many pellets should be given to your goldfish?

Avoid overfeeding: goldfish are gluttons and will always ‘ask’ for more. If the fish are overfed, there is a risk that the tank filter will no longer be able to eliminate all the waste produced (tank pollution). So make sure everything is consumed in about 1 to 2 minutes (apart from veggies, which can take longer to be eaten). Remove any excess food with a fish net. 2 or 3 distributions per day are generally recommended. 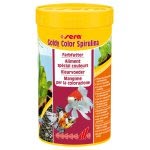 Which brand(s) of goldfish food to choose?

It would take some time to name them all. Our favorites are Hikari, Omega One,  Tetra, JBL, Sera, Aquarian, NorthFin…

Apart from young, growing fish (very high protein content), the composition of goldfish feed requires a lower protein content than that required by most tropical fish, but a higher plant matter content: this is why it is better to avoid  feeding goldfish with tropical fish food.

Take a look at the raw ash content: the lower the raw ash content, the better (reduces pollution in the aquarium). If possible, avoid flakes or pellets that contain a lot of fish by-products (or fish derivatives): whole fish meal is preferable. Avoid food brands that include a huge list of additives and preservatives.

Foods to be avoided

Goldfish are omnivorous: they appreciate just about everything… which does not mean that you can feed them anything! So obviously, cheese, biscuits and cakes, steak and sausages, anything that contains saturated fats that fish cannot digest, are to be avoided because they are toxic to fish. Bread is to be avoided in principle because it contains a lot of starch (fish can have digestion problems or liver deficiencies in the long run).

The preservation of vitamins

Dried fish food does not last forever. Indeed, after opening the box (exposure to air), beyond 3 months, manufacturers no longer guarantee the vitamin content. It is therefore better to buy 2 small boxes instead of one large one. Moreover, buying food in bulk or from dubious sources is a false economy because the vitamin content is often already reduced even before the first distribution. Keep dried foods in a dry and cool place and make sure that the flakes or pellets do not get wet (development of harmful bacteria).

Sometimes, goldfish can lose their color over time. In the absence of other symptoms, this is most likely a normal phenomenon of progressive depigmentation. If it is the red color that is missing, you can buy an aquarium food containing carotenes.