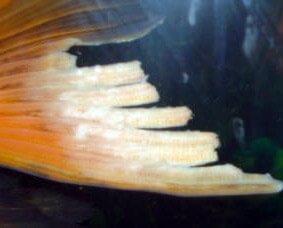 The caudal fin of this fish is ragged and milky

Good hygiene and water quality can prevent the re-occurrence of this disease.